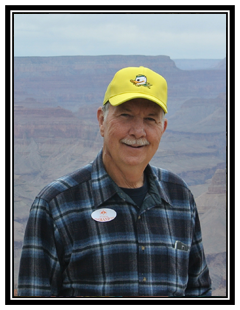 Born and raised in Klamath Falls, Oregon. Graduated Klamath Union High School 1967. Attended Southern Oregon College (SOC) till 1970. Moved to California and attended University of California, Stanislaus and graduated 1971.BA in Psychology, minor Sociology May 1972, employed by the Merced County Sheriff’s Dept. and retired in September of 1992, medically because of a job injury, as Detective Sgt. and lead investigator of homicides. Merced County provided additional education because of the medical retirement and I finished my 5th year in education and became an elementary teacher in 1993. Taught two years of 4th grade, one year of 5th grade, and then transferred to the junior high where I taught 12 years of 8th grade Language Arts. In addition, I coached both 7th and 8th grade girls’ basketball for 12 years. Retired from education in 2008.

Married the love of my life and best friend, Shirley, in 1980. We have one daughter, Stephanie, married to Tim and they live in California. We have two grandchildren, Kyle and Emily.

From 2008 to 2012, Shirley and I volunteered at “Railtown 1896.” Live steam train excursions where we were both docents on and off the train. Shirley and I decided it was time to leave California and in April of 2012 we moved to Springfield. Our passion for the Oregon Ducks expanded even more as we were able to attend events in person. Season ticket holders of womens’ basketball, volleyball, and softball; as well as mens’ basketball. In addition we volunteer for Track Town.

Moving to Oregon was the best decision we have ever made and as true Duck fans say, “GO DUCKS!”

A past president of the American Association of Cosmetic Dentistry, Dr. Sullivan is principal in Smiles4Oregon, an innovative and comprehensive dentistry in Springfield, Oregon. 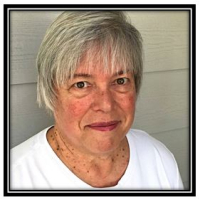 My interest in collegiate sports began as a freshman at the University of Washington as a Husky, increased during my years at UC Berkeley as a Cal Bear, and now has made me a University of Oregon Duck for life. 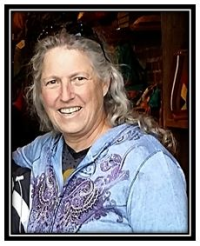 I have been going to Duck Women's Basketball games since I moved to Eugene in 1979. When I was young, I fought fires in the West and Alaska in summers and went to school in the winters. I graduated with a degree in Business from the U of O in 1990 and went indoors for a career in Human Resources. I love working for the Forest Service where I do recruitment and staffing. 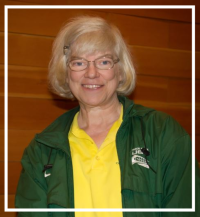 I was born and raised in Springfield, graduating from Thurston in 1972.  I was a scoring member of Thurston's 1970 girls state championship track and field team which still holds the record for most points scored in a state meet.  I played basketball at UO and have always been a women's sports fan.  I am retired and enjoy traveling.  GO DUCKS!!. 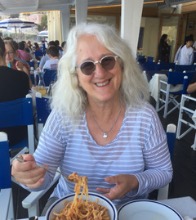 Moving to Oregon in 1979 was one of the best decisions I have ever made! Oregon not only has amazingly beautiful landscapes, but an amazing Women’s Basketball Team who I support as a fan and as a member of the FBC Board. 2021/22 season/team will be exciting to watch and to be a part of.
And yes….I love pasta!
Go Ducks!

Retired public relations consultant and 1970 UO School of Journalism graduate. Lifelong Oregonian and married to my college sweetheart for over 50 years. Living in Springfield. 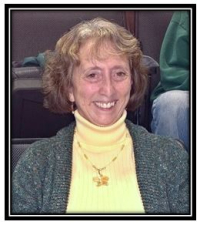 I was born in Medford, Oregon, graduating from Crater High School in 1969. I attended the University of Oregon competing in gymnastics for four years graduating in 1973. I am retired from the Postal Service. I have two sons and one adorable granddaughter. I, along with my Mother and sister, became season ticket holders in the 1990's. I have been a FBC member since 1998 and a board member for seven years. 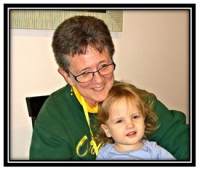 I'm a 4th generation Oregonian and was a teacher for 28 years, coaching middle school basketball for 25. I have been watching UO women's basketball since Bev Smith’s playing days and a season ticket holder for over 20 years. I have been a FBC member for over 10 years and a board member for 5 years. 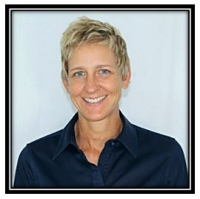